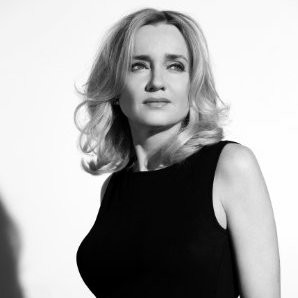 Julie Meyer is the creator of the Ecosystem Economics(r) Digital Playbook that she was honoured with a PhD from Warwick University for. She has worked tirelessly with organisations (ToiletBoard, Vestergaard, INSEAD, EntrepreneurCountry, Follow The Entrepreneur Investor Summit, and the portfolio companies of her fund to build a world of Sustainable Economics and Impact. Her book, Welcome to EntrepreneurCountry, was an award-winning new business book published by Little Brown.

Going to Paris, France at age 21 to ‘faire fortune’ and to escape being the baby of the family, she soon realised that she found herself in a moment of transformational change in Europe in the late 1980’s. With German grandparents, a failure to learn French at school (un echec total), and fascinated by the coming together of the European market and the spread of freedom and free enterprise, she stayed, getting an MBA in 1997 at INSEAD, the leading European business school where she now sits on the Board of Directors and was named one of their top 50 alumni, and building the first social network for Internet entrepreneurs in 1998-2000, First Tuesday, which she sold for $50 million in July 2000, and many credited with igniting the Internet generation in Europe.

She is known for backing Europe’s explosive growth firms early, and was instrumental in the early stages of lastminute.com, WGSN, Espotting, Skype, Zopa, SpinVox and Monitise. She and her team have sold businesses to Google (BeatThatQuote – March 2011 – quadrupling the founder’s own expectations for exit valuation), EMI (Digital Stores – where the founder has become Head of Ecommerce), and private equity.

She is a huge believer in the human spirit, and believes we are all on the planet to deliver a unique contribution to the world.

She is ridiculously and overwhelmingly happy with the opportunities that she has to develop and how she can play into the amazing world that we live in.