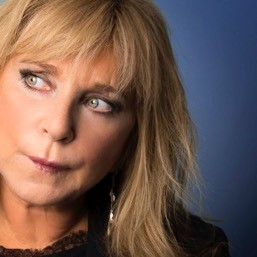 Helen is probably best known for her role as the dippy ‘Catriona’ in ‘Absolutely Fabulous’ alongside Jennifer Saunders in all six series and more recently in ‘Absolutely Fabulous: The Movie’. She created the ‘Girl at the Bar’ in the BBC comedy sketch show ‘Naked Video’ and is known for her unique wit and observational humour. A comedy writer with an extensive portfolio that includes writing and performing her own material, not only as a stand-up comedian but also as a comedy novelist and contributor to various respected publications. 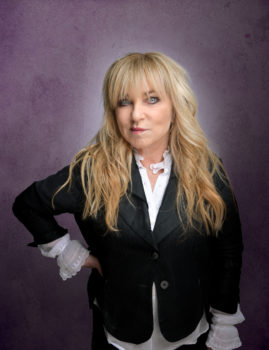 Helen has starred in a great number of top TV comedy and radio shows. Helen was part of a group of early 1980’s comedians, including Dawn French, Jennifer Saunders, the late Rik Mayall and Ben Elton who made their names at London’s Comedy Store.

She was a guest on ITV’s ‘Saturday Night Live’ with her solo comedy act as well as performing at the first ‘Just for Laughs’ comedy festival in Montreal with Lenny Henry. TV appearances span such shows as ‘The Young Ones’, ‘French and Saunders’, ‘Happy Families’, ‘One Foot in the Grave’, ‘Bottom’, ‘Love Soup’, ‘Miss Marple’ and ‘Hollyoaks’. Children’s TV includes the much-loved children’s favourite ‘Miss Bowline-Hitch’ along with Bernard Cribbins for CBeebies’ ‘Old Jacks Boat’. She starred as Rich Aunt Ruby in ‘Horrid Henry: The Movie’. On BBC radio she has written and performed her own comedy series ‘Life with Lederer’ and ‘All Change’ as well as being a panellist on shows such as ‘The News Quiz’, ‘Just a Minute’, ‘Quote…Unquote’, ‘A Good Read’, ‘Open Book’ and ‘Woman’s Hour’.

She’s been a columnist for Woman&Home and The Independent as well as contributing to The Mail on Sunday, The Express and The Daily Telegraph. She is currently the ‘agony aunt’ for Woman’s Weekly.

Her theatre work includes ‘Educating Rita’, and playing Doreen in Alan Bleasdale’s ‘Having a Ball’. She has been in ‘The Vagina Monologues’, ‘Calendar Girls’, and ‘The Killing of Sister George’, in London’s West End. This is interspersed with many fringe plays. Her first comedy novel ‘Losing It’, published by Pan Macmillan, was nominated for the PG Wodehouse comedy literary prize.

Much to Helen’s surprise, her recent appearance in Celebrity Big Brother led to her trending on Twitter, being saved by the public vote three times affording her the new title of “national treasure”.

Her one woman show ‘I might as well say it’ sold out at this year’s Edinburgh Festival. 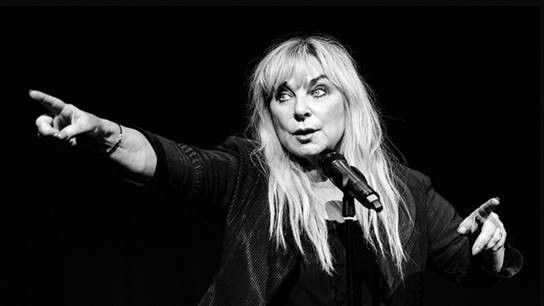 Helen set up a prize for female comedy fiction at the same time – Comedy Women In Print. Year one will culminate in an award ceremony on 10th of July 2019. In 2019, the plan is to publish her second novel alongside and embark upon a UK-wide tour of her one woman show coinciding with the release of a comedy memoir.

Her comedy novel ‘Losing It’ was nominated for the Bollinger Everyman Wodehouse Prize and is poised to be made into a screenplay. Her TV mocumentary ‘Acting Up’ and humorous ‘tearoom’ travel show are also set to be commissioned next year.

Comedy acting is in Helen’s DNA (she says this with a mix of humility, irony and pride) and the intention is to find a fitting part in the coming days.  Stand-up comedy mixed with a literary profile is one of Helen’s favourite combinations – alongside acting, writing and inventing the wheel…

What Helen has been up to recently: