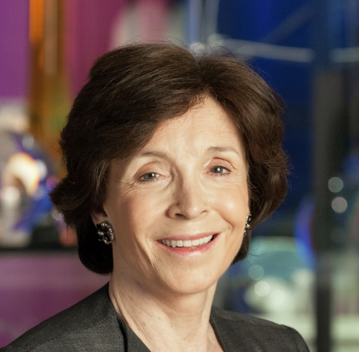 Chair of the Science Museum Group

Dame Mary started her career as a physical chemist and has taught Chemistry in Oxford, Cambridge and London. In January 2015, she became Chair of the Science Museum Group, having served as a Trustee from 1990–2000.

Her long-standing interest in solar photoconversion was kindled by post-doctoral work at The Royal Institution in the 1970s. During that time, she co-founded the UK section of the International Solar Energy Society, of which she is now president.

Dame Mary was a Visiting Professor in the Department of Biochemistry of Imperial College in the 1990s and is currently chair of the External Advisory Board of the Centre for Personalised Medicine, Oxford, and of Cambridge Early Music. She is also a trustee of the Britten Sinfonia, and a non-executive director of Hydrodec Group plc.

Dame Mary was the founder chairman of the UK’s National Energy Foundation, and is now its Patron. She is a Companion of the Energy Institute, and was awarded the Institute’s Melchett Medal in 2002 and the Eva Philbin award of the Institute of Chemistry of Ireland in 2007.

Dame Mary is also Patron of the UK Solar Energy Society, Cambridge Summer Music, Cam Sight, Prostate Cancer UK, RAFT and the Cambridge Museum of Technology, and is an Honorary Liveryman of the Fuellers’ Company.