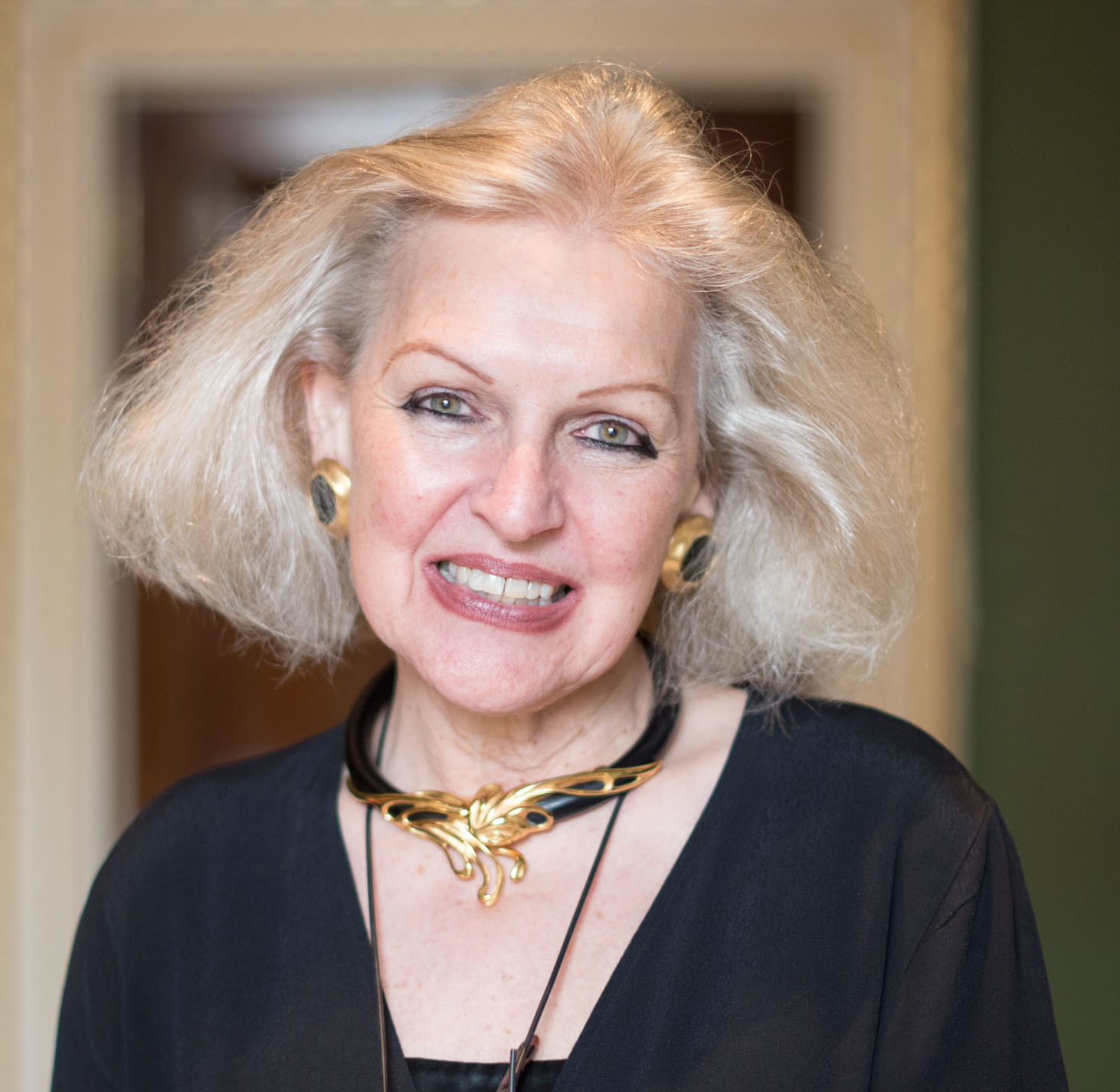 Candace Johnson is a global infrastructure, network and innovation expert and entrepreneur.   Currently, she is Vice Chair of NorthStar Earth and Space, the world’s first private satellite constellation dedicated to solving two of the most important issues of our time — space debris and climate change.  She is also Chair of the Advisory Board of Seraphim Space Capital, the world’s largest venture capital fund dedicated to space and space-related ventures.  She is co-initiator of SES/ASTRA for which she was named an Officer of the Luxembourg Oak Leaf Crown and architect of SES Global, one of the world’s largest satellite systems for which she was named Commander of the Luxembourg Order of Merit.  She is also founding President of Europe Online Investments S.A., the world’s first internet-based online service and satellite broadband network, and founder of Loral Cyberstar-Teleport Europe, Europe’s first independent private trans-border satellite communications network for which she was named an Officer of the German Federal Order of Merit.

Ms. Johnson has recently co-founded Oceania Women’s Network Satellite (OWNSAT).  OWNSAT has become a founding investor in the Kacific Satellite System based in Singapore, where Ms. Johnson has also been a Member of the Board.  Ms. Johnson is also founding President of the VATM, the Association of Private Telecom Operators in Germany and founding President of the Global Telecom Women’s Network (GTWN). In 2012 she and a group of engaged women created the Global Board Ready Women initiative, (GBRW).  She has continued to be a long-time Member of the Board of Directors of all of these companies and organizations at various times throughout the years.

Ms. Johnson is a Non –Executive Director of SES-ESL, the world leader in digital retail and a a publicly quoted corporation on the French Stock Exchange. Ms. Johnson is also President of Johnson Paradigm Ventures (JPV) which is a principal founding shareholder with AXA, Caisse des Depots, Bayerische Landesbank, and the SPEF of Sophia Euro Lab, Europe’s first trans-border early-stage investment company based in Sophia Antipolis.  JPV is also a principal founding shareholder in London-based Ariadne Capital, “Architecting Europe.net”, one of the earliest supporters and promoters of Skype, the global VoIP phenomenon.  Ms. Johnson has served as Founding Member of the Boards of both companies.

In her personal capacity, Ms. Johnson is a Member of the Strategic Committee of Iris Capital (Europe) and was a founding member of Inovent (Turkey). Ms. Johnson is founding Member and was President of the Board of the Sophia Business Angels in Sophia Antipolis, France from 2006 – 2008 as well as founding president of three multi-million Euro investment vehicles, Succès Europe, Croissance Europe and Innovation Europe, together with Meeschaert Gestion Prive. Succès Europe has an AMF (Autorite Marche Francaise) Visa and also co-invested with the European Union Feder program.  Ms. Johnson is also Founding Member of the Cologne Business Angels, Galata Business Angels and Advisory Board of the Luxembourg Business Angels Network. Ms. Johnson was a minority owner of FMN, a German telephone manufacturing company, and a member of their Supervisory Council from 1993 – 2008.  She was also a minority owner of Alpha Com, a wireless data manufacturing company.

Through her global investing activity, Ms. Johnson has widened her scope of expertise to include CleanTech and MedTech and has been actively involved in financing such companies as Nheolis, a unique home-turbine energy concept company, and CertiNergy, France’s first B2B2C energy-credit trading company as well as Quotient Diagnostic and AboDiag, life-sciences technology and services companies. In 2006, she created the Festival of the Fourth Dimension, the world’s first festival of the Arts, Technology, and Sciences, which has since become a major French government global initiative for Industrial Innovation and Creativity (Pole ICI) of which she became the 1st Vice President.

Ms. Johnson is also a member of the Advisory Board of numerous European and US ventures as well as being a Member of the Board of Governors of EDHEC, France’s largest business school, Sabanci University in Istanbul Turkey, and the International Board of the Hong Kong Polytechnic University as well as being a Senior Enterprise Fellow for the University of Essex/LEEDS Program of the OECD. Recently, she has joined the International Innovation and Entrepreneurial Advisory Board of the King Abdulaziz City for Science and Technology in Saudi Arabia (KACST).   Ms. Johnson is a well-known speaker on innovation and entrepreneurship for such companies as Alcatel-Lucent, Qatar Telecom, IBM, Hewlett Packard, etc. and has been a featured speaker at the Cambridge University Center for Entrepreneurial Learning and the OECD International Entrepreneurship Forums in Shanghai, Riga, and Cape Town.

Ms. Johnson was also Vice President Worldwide of Iridium and brought it into the GSM MoU, the ITU and ETSI as well as obtaining its global frequencies and country codes.  She was Director of Marketing for the German manufacturing company FuBa and globalized its manufacturing and commercial activities.

Ms. Johnson has been featured in articles in Time Magazine, the Financial Times, the Economist, Le Monde, WirtschaftsWoche, Manager Magazin, Les Echos, and the International Herald Tribune to name a few.  She has been decorated as Commander of the Luxembourg Order of Merit and Officer of the Couronne de la Chene as well as Officer of the Bundesverdienst Kreuz 1. Klasse (FRG) for her work in de-regulation, innovation, privatization, and globalization and the specific projects named above. Further, Ms. Johnson is the second recipient ever of the UN-sponsored World Teleport Associations’ “Founders Award”.  Ms. Johnson has also received the “Lifetime Achievement Award” along with Vinton Cerf and Tim Berners Lee from the World Communication Awards, the prestigious global telecoms organization in 2002.  Ms. Johnson has also received the Lifetime Achievement Award from The International Alliance of Women in 2012 and the Lifetime Achievement Award from Women in Aerospace Europe in 2016.  Ms. Johnson holds Masters Degrees with Honors from the Sorbonne and Stanford Universities, a Bachelors Degree from Vassar College and her high-school degree from Punahou, Honolulu, Hawaii.  On November 12th 2016 she was awarded a Doctor Honoris Causa from the Hong Kong Polytechnic University.