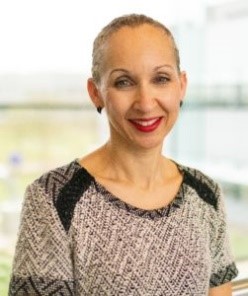 Amanda is a senior communications professional with over 25 years’ experience, including corporate communications, PR, marketing and advertising. She specialises in internal communications and employee engagement and has a particular interest in diversity and inclusion. She worked for 13 years at Cambridge University’s international exam group where she was Group Head of Internal Communications and Engagement before embarking on a career as an interim in 2018. Her interim roles include Director of Internal Communications for a major global pharmaceutical company and Comms Lead on a cultural change programme at Cambridge University.

After graduating with a joint honours degree in German and English, Amanda began her career as a personal assistant/co-ordinator before entering the world of Public Relations where she worked for several major agencies in London. Her most significant campaign was supporting the Wishing Well Appeal for Great Ormond Street Children’s Hospital for which she received a special commendation. She went on to establish a successful PR practice for a leading regional advertising agency. Here she built the function from scratch, working part-time and this earned her a seat on the management board which she combined successfully with raising a young family.

A strong believer in lifelong learning, Amanda went back to university later in life and did a Masters in TESOL (Teaching English to Speakers of Other Languages) and Applied Linguistics where she was the oldest in the class. She achieved a distinction, after studying on top of a full time job and with a two hour daily commute. She has also undertaken professional study and took the CIPR (Chartered Institute of Public Relations) Internal Communication Diploma and now returns to teach other practitioners. She is an Accredited Member of the CIPR. In 2018 she became a qualified ILM Level 7 (Masters level) Executive Coach and Mentor.