NEW TO THE NETWORK!

We are expanding the Rising Network community and introducing Rising Network ‘Chapters’ – led by our Chapter Leads who sit within the Leadership Team for each Chapter. Our chapters are  local communities to connect, inspire and empower women, each with their own calendar of events, workshops and activities for women in the local area.

Chapter Leads work together to shape the direction of the network in their local area and work closely with the Rising Network to create events, activities and initiative in the chapter. If you are interested in becoming a Chapter Lead and would like more information, get in touch – we’d love to hear from you. 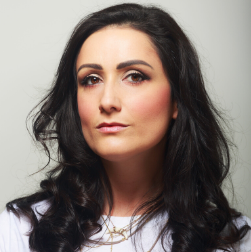 Zara Janjua is a TV presenter, journalist, actor, comedian and writer. She presented national news programmes, RTS award-winning daytime, cookery, sport and comedy shows; recently hosting BBC’s The Comedy Underground. Zara won a spot in the BBC’s Comedy Writer’s Room 2019/20 and is now writing for some of the channel’s biggest and best comedy shows. Zara has written and performed in sketches on STV’s Late Show and regularly performs stand-up in comedy clubs and festivals around the UK. As an actor, she has appeared in theatre productions and she has fronted adverts and global campaigns for Liz Earle Skincare.

She moved to London to work in TV production as a producer and director. In 2019 she celebrated a BAFTA and NTA win on ITV’s This Morning team. She specialises in branded editorial video production as a creative producer and director, winning awards for content she produced at New York Gay Pride for Stonewall 50. Zara is a corporate and charity event host and commentator for global events, fundraisers and charity dinners. She helped First Minister Nicola Sturgeon launch the Gender Pay Gap Action Plan in Scotland and fronted a global fashion launch between Harris Tweed Hebrides and Pakistani fashion designer HSY. She is an after-dinner speaker on women’s rights, mental health and comedy & confidence; writing bespoke comedy routines for events. She often presents or reports segments on TV, radio and podcasts. 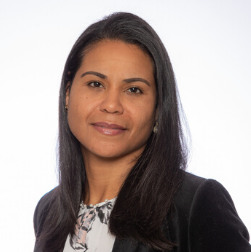 Lailany Sierra is currently the Head of People Solutions at CHANEL and is responsible for facilitating organizational transformation as the company adopts new digital HR technologies. Leveraging her extensive experience in managing human resources operations and systemic implementations, she leads the team who oversee the global Human Capital Management system including the design and execution of modifications which drive efficiencies and effectiveness and enhance the employee experience whilst building the appropriate strategic roadmap, governance structure and operational model to support the ongoing technological evolution.

Prior to joining CHANEL, Lailany Sierra was the Vice President of Human Resources at IgnitionOne, a digital marketing technology company with over 450 employees in 17 offices across 10 countries. Lailany was responsible for all global human capital programs and initiatives, ensuring that the practices implemented embraced the creative and entrepreneurial start-up culture. Previously, Lailany spent 12 years in Human Resources leadership roles in the entertainment industry. Lailany was the Director of Human Resources for IMAX Corporation based in Los Angeles and prior to that spent nearly a decade at ESPN and The Walt Disney Company as an HR Business Partner supporting the media and entertainment divisions in the United States as well as Europe and Asia. Lailany has lived in several metropolitan cities and most recently relocated to London in 2018. Lailany is a Board Member and Treasurer at Workforce Professionals Training Institute and at United Way United Kingdom. She has also participated in the Baruch College Executives on Campus mentoring program and served as a volunteer Career Coach at Dress for Success.

Lailany holds an MBA from the Zicklin School of Business, a BBA from Baruch College, City University of New York and an Associate degree from Monroe College. 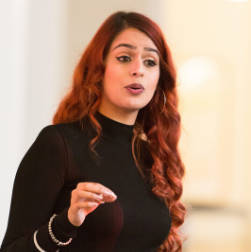 Spoken Word Artist, Poet and Writer, Behind the Netra

Jaspreet Kaur is a spoken word artist from East London focused on gender issues, historical topics, taboo subjects and positive social change in both the Asian community and wider society. By day, Jaspreet is a secondary school History and Sociology teacher, with an academic background in both history and gender studies. Her work tackles issues related to gender discrimination, mental health stigma, the postcolonial immigrant experience, and more. She has now taken a break from teaching to focus on her journey as a writer, poet and performer.

Over the last two years and by the age of twenty seven, Jaspreet has performed all around the UK, including the 2018 Commonwealth Service at Westminster Abbey, Theatre Royal London, Oxford University, London City Hall, the House of Lords, Trafalgar Square, and Sadler’s Wells Theatre. Her TEDx London Talk ‘How Poetry Saved My Life’ to an audience of 1200 people explored how the power of words gave her the confidence to overcome her own mental health struggles. As well as performing poetry, Behind the Netra also provides workshops and motivational talks for all ages.

Her creativity has also led Behind the Netra to opportunities such as featuring in a short film with Idris Elba, appearing regularly on the BBC and Sunday Morning Live and working with the UN on the HeforShe Campaign. Jaspreet is also a Senior Judge for the Queen’s Essay Competition 2018 and 2019, and an ambassador for The Girls’ Network, Time to Change and Binti International. In 2020, Jaspreet will also be a Ben Pimlott Writer in Residence at Birkbeck University and an Artist in Residence with the Spine Festival, led by Apples and Snakes.

It’s been an incredible journey for Behind the Netra, winning the Asian Women of Achievement Award by Women of the Future in the Arts and Culture category, winning the ‘We Are The City’ Rising Star Award for her work in Education and Academia, being shortlisted for the National Diversity Award for being a Positive Role Model and finally being voted one of the Top 10 Inspirational Sikh Women in the UK. Jaspreet has also become an ambassador for Binti International, a charity on a mission to tackle menstruation stigma and period poverty around the world.

Jaspreet is currently working on her first book, a narrative nonfiction to be released in early 2021. 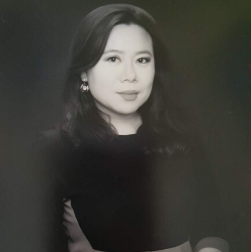 Lin is an Executive Director on the UK institutional business team in Goldman Sachs Asset Management. Her role involves growing and managing key relationships across the UK institutional investor base. Day to day, she represents the firm and works closely with Chief Investment Officers, Pensions Directors, CFOs from FTSE 350 companies and Charities.

She is an industry advocate for enhancing cultural understanding, women leadership and diversity and inclusion among the broader business community, both with her clients at Goldman Sachs and as the Chair of the 48 Group Club Young Icebreakers.

Lin was the winner of the “Excellence in Banking” award at the Chinese Business Leaders Awards 2016 and was recognized in Brummell’s 2017 list of the most inspirational women in the City of London. In 2019, she was listed as one of the 50 Ethnic Minority Future Leaders by EMpower and one of top 10 Future Leaders for HERoes Women Role Model.

Lin graduated with an MSc in Experimental Psychology from Oxford University with a special focus on Behavioural Finance. 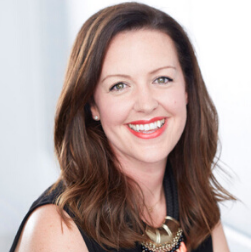 Nicky is a corporate and B2B communications specialist with 15 years’ experience working with both major brands, smaller fast growth technology businesses and the funds that invest in them. She is excited by the ‘new’ and a business on a mission – change, growth acceleration, new markets, new audiences, launches and re-launches. She works closely with founding teams to create communications programmes and helps them tell their story through public relations that directly impact the business.

At specialist communications agency, FieldHouse Associates, she is the Commercial Director which importantly focuses not only on ensuring the business is optimised to grow financially but also as a guardian of the culture.  Nicky has acted as a coach and mentor throughout her career and is passionate about inspiring the next generation of talent to explore, discover and fulfil their career potential. When she isn’t working, Nicky can usually be found in deep conversation about the relative strengths of the Harry Potter characters with her two beautiful little boys Charlie and Fyfe. 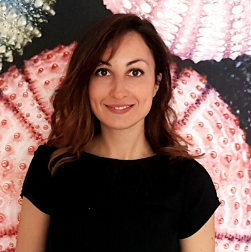 Eliana is an enthusiastic individual with strong passion in supporting women in thriving in life or business. She has several years’ experience in blue-chip organizations working on Supplier innovation projects in Clinical and Manufacturing. Eliana holds an M.Sc. in Management Engineering and a Project Management and Innovation specialization from Polytechnic of Milan and Polytechnic of Barcelona.

She is passioned about innovation and coaching. She holds a coaching and mindfulness certification alongside SixSigma belt which are optimum combination for supporting people in their innovation journey. Eliana is a proactive person with an eye for creativity with a desire for shaking things up, strong thought leadership, entrepreneurial style and innovation experience. In her free time, she enjoys networking, volunteering business mentoring for young ladies and organizing TEDx events in London. She also enjoy travelling and cooking, dancing tango and practicing yoga. 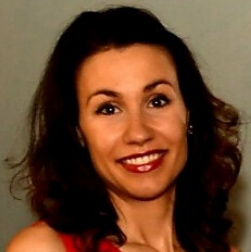 Prior to that, Carmen has led a wide range of projects since finished her Industrial Engineering MSc in 2009 such as Collaborative European research projects to develop engineering solutions for railway and renewable energy sectors. Carmen has also worked in a manufacturing environment, delivering Lean manufacturing projects to increase the company’s production output. All these experiences has given her a broad outlook of the different stages of project and product development, from concept to implementation in operations.

Carmen is also a passionate STEM (Science Technology Engineering Mathematics) Ambassador and promotes STEM subjects among young people to highlight the benefits and versatility of a career in Engineering and Technology. She participates with Sartorius in the Children Challenging Industry Progamme which provides a dynamic link between education and industry in primary schools across the country.

Furthermore, Carmen is a Member of the Association of Project Managers (APM) and in her free time she enjoys attending Rising Network events, doing Pilates and entertaining her 2 year old twin boys.
Carmen comments: “It is a privilege to be part of the Rising Network’s leadership team as a Chapter Lead. This is a fantastic opportunity to engage with other women and to make a positive contribution to their ‘professional’ and ‘personal’ life projects”. 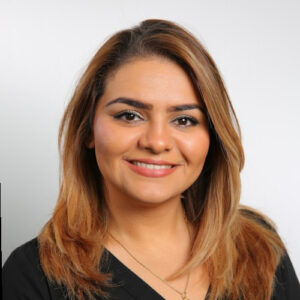 I am an HR professional that has worked in SME to strategically and operationally develop their core HR function. I have worked in organisation by enhancing their HR function or even built their HR department.

I believe that people are assets of the organisation and my role is to look after those assets.

Due to my role being HR and transferable in every organisation have worked in the Middles East as HR Manager for one of the member of the. Royal Family, HR manager for Annalect, a sister company for Omnicom Media Group, HR BP for a Medical Recruitment Company, Head of HR for a Property Company and HR and Recruitment Specialist for an Artificial intelligence tech organisation.

Being the first HR in majority of my roles, my role consist of creating the HR function from the bare minimum. I see this as an opportunity to transform the organisation through HR and its assets.
As I have evolved from role to role, there is not challenge to small or big for me in the HR role and thrive in challenging myself.

The successors that i have had in my professional and thus has affected my personal lifestyle is all due to strong powerful women that has coached and mentored me.

Now it is my turn to give back to the world and The Rising Network has enabled me to do this through a fantastic networking. 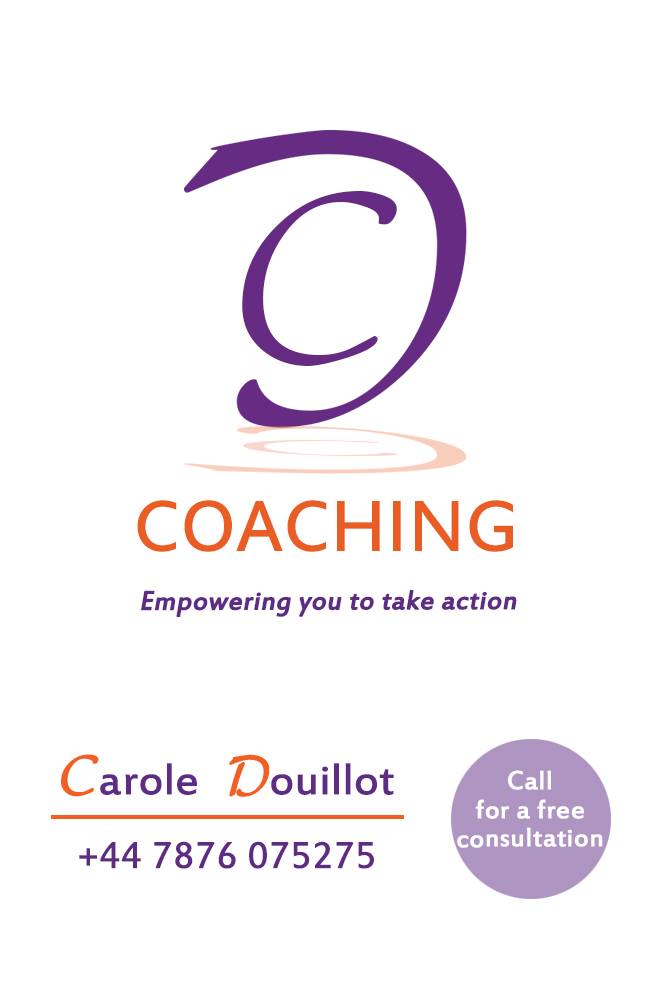 Life and career coaching to individuals and companies

CDcoaching is a Cambridge based company offering one to one coaching to individuals and companies. We run bespoke workshops
Carole Douillot
Life and career coach
https://cdcoaching.co.uk/